Many of you will know, I work for Rackspace and sometimes we get up to some fun quirky stuff.
I’m most often asked if we actually do any work. Trust me we do, it’s work hard, play hard.

A year or two ago, very spontaneously, we bought a bunch of watermelons, a ton of rubber bands and sent out a dubious email, that went something like:
“The watermelon challenge!
Come to the back of the building at lunchtime, bring a spare tee!”
I was of course in on the action, we’d seen a clip, I think from the slomo guys, where in pairs you’d add a rubber band to the watermelon, till kaboom.
Watch their clip here:

and ours linked below; 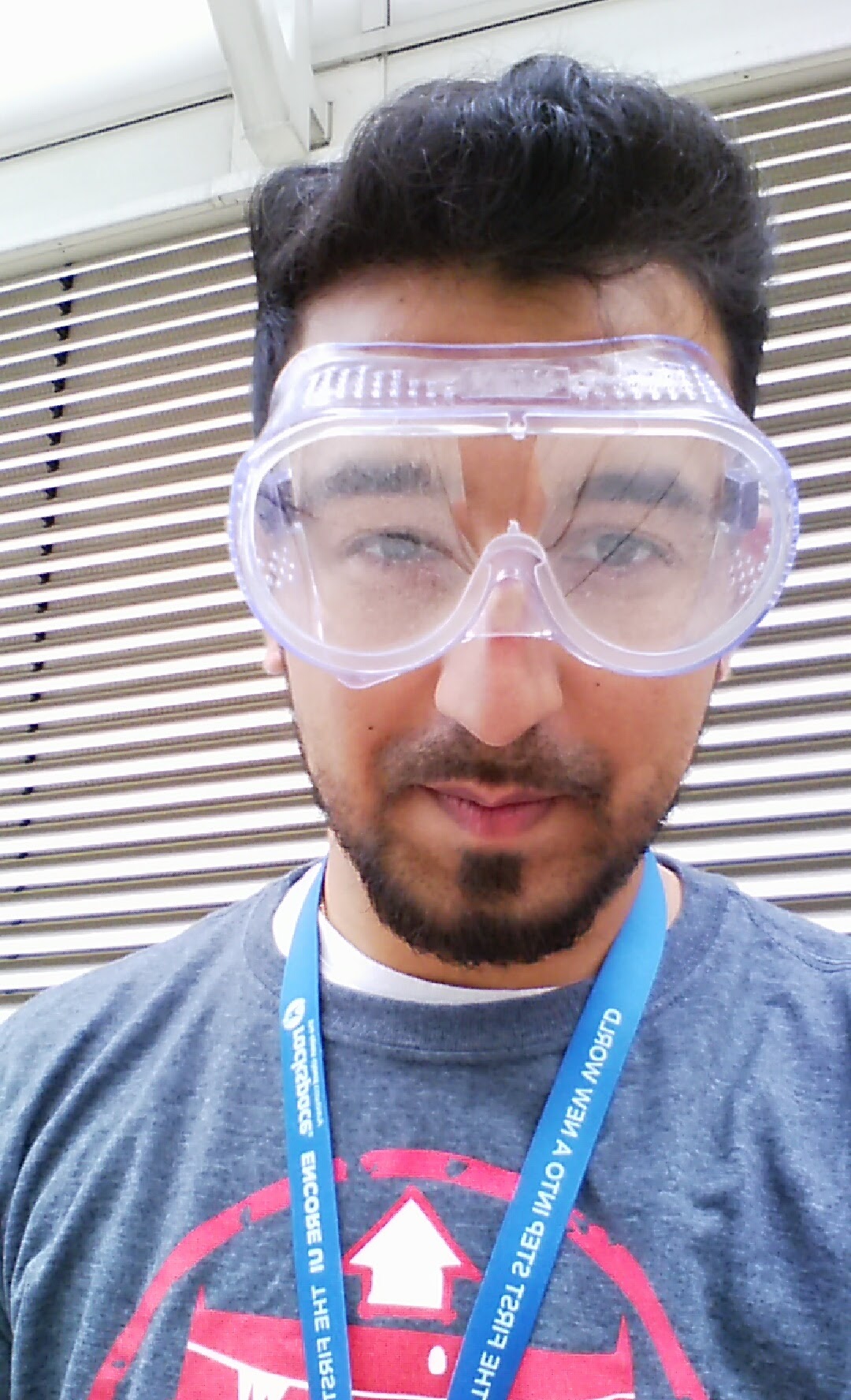 Watching this video back, got me thinking, about #pressure, about how we always add it on and sometimes can’t cope and possibly explode like the watermelon.
A few days ago marked World Mental Health Day, a global day to promote awareness and advocacy against social stigma.

There are many things that can affect our mental health, I’d like to break some stigma and openly talk a little about #pressure and how it affects me.
It adds up right?
I think sometimes we do it to ourselves.
I resonate with anyone that feels like they are under pressure or when their small pressures in life just don’t go away.

I have an awesome job at a cool company and outside of work am involved in many national projects and charities.
Each of these takes up some of my time, which I willingly contribute.
When preparing for a workshop, event or a publicspeaking engagement, I get stressed, I fret, I’ll worry about particular logistics or the doom if everything goes wrong and pear-shaped. We all have some of these worries and its okay to have reservations.
During some of my prep, I’ll worry about the worst case scenario, play it through my mind, or procrastinate till I no longer become time efficient. Before I know it, a whole hour has gone, been wasted in just worrying. This stresses me out further. Can you see how this can turn into a never-ending cycle?

Generally, we are so harsh on ourselves. I am guilty of this. If I’ve made a small mistake or inadequately prioritised my time, or missed out on an opportunity, I beat myself up over it, over not taking advantage of a situation; I’ll really genuinely give myself a hard time, mentally.
It’s so strange that we decide to feel this way.

I urge you to identify times in your own life you choose to give yourself a hard time, at first become aware.

Some will not get this school of thought, as they are not necessarily harsh on themselves, but maybe they don’t give themselves enough credit either.

I can recall times I have worked on an event or certified in a new area, but not celebrated, not cared enough to have joy over the small things, I’ve moved straight onto the next chapter, to the next goal, to the next challenge. I’ve been asked hey are you not happy for what you have just achieved or pulled off and often the answer has been no, or that it’s nice, but much work is left to do. This isn’t healthy and more recently have learnt to celebrate the little wins, and be micro-ambitious too! It’s great to have large goals and want to be successful and make our way in the world, these large wins can develop from the smaller, quick wins.

Its okay to have ambitions to take over the world, let us not worry over the destination, enjoy the path and master our own minds along that journey.

Even if we know we are under the hammer, we don’t stop to add to the todo list, add those daily tasks, add to the unnecessary rigmarole or daily stress and strife of life.

#Pressure and stress can take many forms, and when we keep applying it, it can up and manifest itself as many ugly heads.
…. till one day we burn out, we have an outrage or we break down.
This happens to the best of us, even those amongst us who are tough cookies, humans are built to sustain, to withstand a hell of a lot.

If these feelings are not addressed, anxiety can build up, the whisper we sell ourselves, that sickening conversation about failure and inability to do well. The overall distaste that sometimes we let build up. It’s horrible and you don’t need to fall victim to it.
Breathe, take a step back, meditate, speak to someone, be proactive in stripping away these pressures.

I am aware also of a school of thought about the ‘snow-flake culture’. I get it, people aren’t sometimes as tough as they used to be, maybe that’s the problem, maybe the understanding of social pressures or not having someone to talk openly with has led to this culture. or maybe not? each case will differ, but what is for sure, is that we are all human with emotions and feelings and sometimes those get the better of us.

Let us all be aware of our friends and family and lend a shoulder out, get in contact with someone you haven’t for a while.
and just don’t be so harsh to others, we are all fighting our own battles, be a support structure in someone else’s life.

I enjoy listening to some music, some self-inflection and positive affirmations.
There are many projects you can call or text, maybe search online for World Mental Health Day for a handy article and never ever be ashamed to ask for help.
There are also some cool apps I like to use like Sattva, Headspace and Calm which you can use to help you through some tough times.

Don’t let the pressure add up, when you realise it, do something about it.
I’m always open for a chat, and if like me, you want to openly talk about stuff, get online, drop someone a text, drop a comment below.

Have you done the watermelon challenge?
When were you nearly at your breaking point?
Do you feel pressured?
What do you do to calm down and regain control?

Care to break some stigma and share your thoughts on mental health? 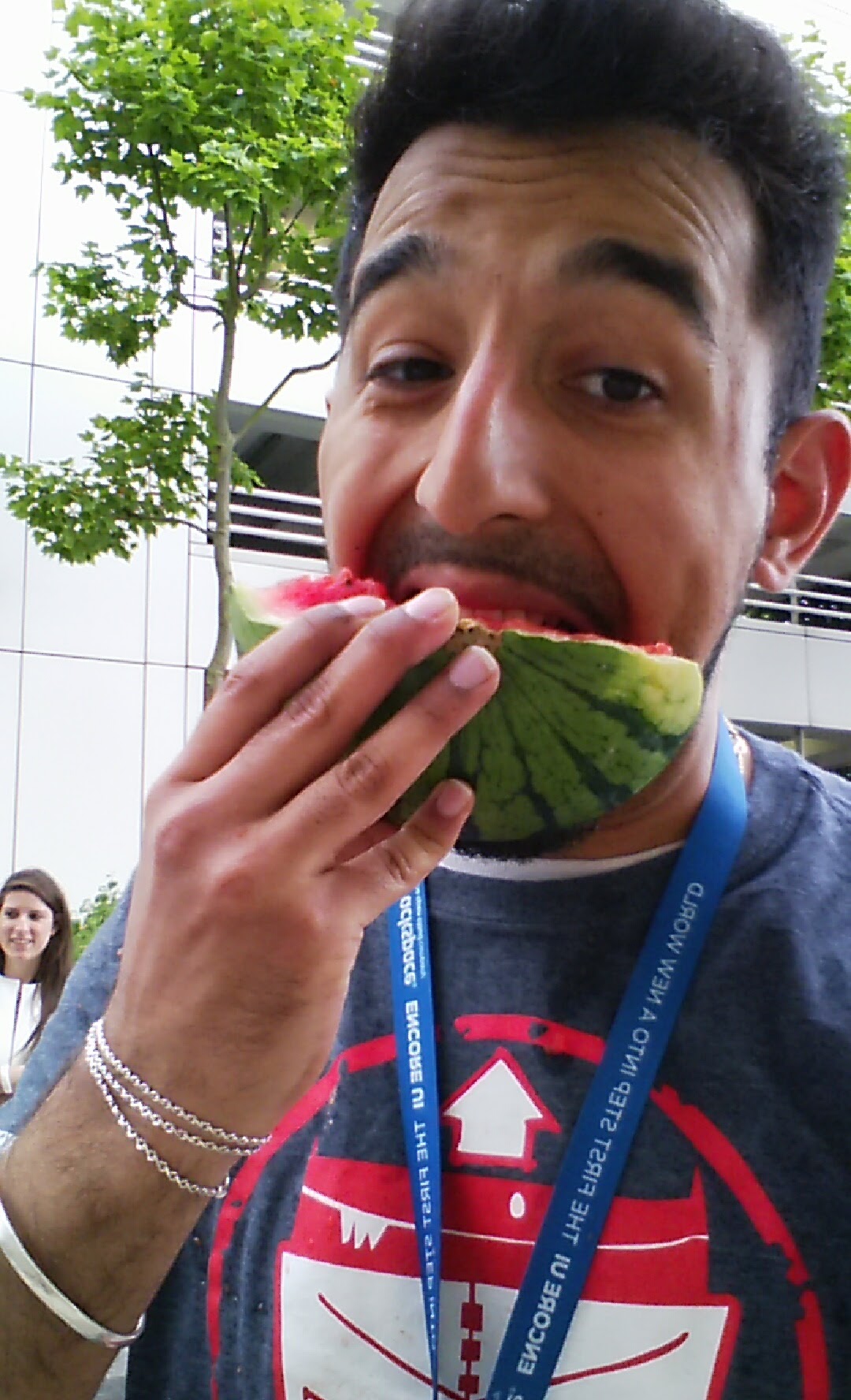 Do you Yoga? How much will it cost me? What’s beer Yoga?

What is Yoga? It is practised in various forms around the world and continues to grow in popularity, especially more recently in western culture.

Yoga is an ancient physical, mental and spiritual practice that originated in India. The word ‘yoga’ derives from Sanskrit and means to join or to unite, symbolising the union of body and consciousness.

During the opening of the 69th session of the General Assembly, current Prime Minister of India, Narendra Modi introduced Yoga as “an invaluable gift from our ancient tradition. Yoga embodies unity of mind and body, thought and action … a holistic approach [that] is valuable to our health and our well-being. Yoga is not just about exercise; it is a way to discover the sense of oneness with yourself, the world and the nature.”

The UN theme for 2017 is “Yoga for Health” this is a testament to the fact that yoga can contribute in a holistic way to achieving an equilibrium between mind and body.
This approach to health and wellbeing can make a direct and useful contribution to humankind’s quest to achieve sustainable development and move towards lifestyles that are in harmony with nature.

Over centuries and centuries, it has been practised and it’s not just the class that runs at your local gym or bending into awkward shapes and sizes. Yoga is an artform that anyone can partake in, no boundaries or pre-requisites.

If you want to measure your return on investment, what better to invest in than your own health?

On December 11th 2014, after recognising global appeal, the United Nations drafted and declared June 21st to be International Day of Yoga.

I am a keen follower of Sadhguru, the man and mystic from the Isha Foundation, and have been on the Isha Kriya course. Sadhguru’s message for IDY is that of relevance in modern society, the benefits of your mental and physical state and how it’s roots are firmly in a proud India.

The average office worker will spend 6-7 hours daily in front of a screen, with most often terrible postures. I for sure can say I have been a victim of this bad habit, albeit the ergonomic environment we are setup to have, 5 spokes on your chair, computer monitor at eye height, yet still that repetitive strain injury and tennis elbow take up a large part of sickness in the workplace. Check this infographic out and think about how you sit at work, in the office or even at home.

Beer Yoga? The most ridiculous thing I heard in a long time, a true spit in the face of dharmic traditions. Although it gained popularity and glorification through online articles such as the BBC and Business Insider, a true yogi knows the intoxication of alcohol mixed with spiritual practice is a recipe for disaster. Quite typical to sex up another Eastern tradition to lure your precious pounds from your wallet. Here is a short article on what you won’t get from western yoga.

India in Details‘ presenter Karolina Goswami goes a stage to explain these differences and the roots in her latest video:

I volunteer my time with an organisation called Hindu Swayemsevak Sangh, who yesterday partnered with the High Commission of India to celebrate in Trafalgar Square.

We presented live to the people of London, the Surya Namaskar (Sun Salutation)

From time immemorial, mankind has worshipped the sun.  It is of little wonder since it dominates the skies and supports all with its heat, light and energy.  Many great civilisations of the past, de­vel­oped deep philosophical religions around the sun such as ancient Mayans of South America or the Greeks who built temples, dedicated to the Sun God, Apollo.  For the rishis of Vedic era in Bharat, the sun was worshipped in all its splendour as Surya.

Surya Namaskaar, which literally means salutation to the sun, was developed as an exercise many thousands of years ago to be practised by everyone as an integral part of practical life.  Per­form­ance of Surya Namaskar brings about general flexibility of the body preparing it for further Asanas and Pranayamas.  This is usually done both at sunset and sunrise, facing the sun.

The human body is composed of a number of different organ systems.  All organ systems work together to maintain the body and perform some particular bodily function.  In this respect, Surya Namaskaar is known as the complete practice, for its benefits are not confined to any one part of the body.

Due to the involvement of stretching, compressing, bending and breathing techniques, the fol­low­ing systems of the body are benefited: muscular, skeletal, digestive, respiratory, circulatory, excretory, reproductive, nervous and en­do­crine systems.

The Sanskrit Mantras and offering salutations to:

AUM  Hiranyagarbhaaya Namah        The bright centre of all energy.

I practise the Surya Namaskar weekly and am also an avid fan of the annual Yoga Show in London, a great place to meet like-minded yogis, even with an elementary understanding, there is a lot to learn and flourish from.

Give it a go and let me know how you yoga!

As always, please feel free to share my content online, let me know any constructive feedback you have.

We use cookies to ensure that we give you the best experience on our website. If you continue to use this site we will assume that you are happy with it.OkNo
Revoke cookies